Hunt for Less (5 Killer Ways You Can Cut Costs) Hunting is often expensive.  When you add up the gear, the travel, time spent away from work, hunting licenses, guide fees, etc., one hunting trip can cost thousands, even tens of thousands.  It’s little wonder most hunting magazines feature ads for high-end guns, clothing, ammunition, camping equipment, and in the back pages, outfitters and guides ready to turn your money into a bucket list fantasy hunt.  All well and good if you have the means to indulge yourself.  No doubt these goods and services are worth their price tags.

What if you don’t have the money?  Let’s say your not a Silicon Valley junior executive, a Wall Street brokerage’s top producer, or any other well compensated person.  Instead you’re a ranch hand, or a construction worker–an average wage earner.  Do you just take a pass on hunting?  Let slide the opportunity to put nutritious, free-range meat on the table?  Let slide the peace which comes from time spent in the outdoors?  Just shake your head and mutter, “Someday?”

Cheer up.  Sure, hunting costs something, but it is a myth it has to cost a lot.  We’re here to tell you how to get out there and hunt for much less than you think is possible.  We’ve identified five big ways you can make a hunt fit into your budget.  So relax, you don’t have to mortgage the dog and the kids.  Sit back and read on.  Your affordable hunt is ready and waiting for you.

Locacarnivores (people who hunt within a three hour or less drive from home) just pay for the gas to get to and from their hunting areas.  Even with a full-size truck, you won’t spend much more than you would on a commute to work.  Don’t fret if you live in a city, either.  There are often several areas nearby which allow hunting.  For example, there several public hunting places near Los Angeles.  Many other major metropolitan areas are similar.  For the low down on how to find a hunting area near an urban center, try our story: 5 Unexpected Places to Hunt Game Animals for City Dwellers .  If your home lies next to public land which allows hunting, you can just walk and not pay for a single gallon.

Hunting local also improves your success odds.  Think about it; this is a place were you live, or close by.  You see the animals year round, you get to know their schedules and food preferences.  You don’t have to make special trips to scout the place or go in cold.

Everybody likes gadgets and gear.  The enormous sporting goods industry is proof hunters are just like everyone else.  Given the constant hype directed at us by advertisers, it’s hard not to covet all the latest hardware.  Trouble is, it’s expensive.  If you want to hunt on a budget, you have to control this basic, acquisitive instinct.  The first step is to get honest about what you need in the field.  Take a mental walk through all a hunt’s phases, from getting dressed, the journey to the hunting site, and then all the things you do until a critter is secure in your freezer.  Ask yourself at each step, what are the must have things, what can’t you live without?  Not what would make it easier, or more convenient, or impress your buddies, what is the absolute minimum you need?

Write down all the hunt’s steps and then list the minimum equipment for each.  Once this process is complete, determine if anything you chose can do more than one job.  A good example is a knife.  I carry just one knife in the field: a four inch long Buck with a gut hook.  Is it the best for quartering an elk or moose?  No, but it can do the job.  It can also gut, skin, and bone out an animal. I don’t need a caping knife and a boning knife and a cleaver, and so on.  Just one simple knife.  I also carry a small Sagan Safety Saw for splitting rib cages and pelvises.  It’s a bit over-matched for critters larger than deer, but it can do the job.  Again, it’s simple and light.  I leave the bigger saws and cutlery either at camp, the truck, or home.  Those two simple devices are all I need to field dress any beast smaller than a buffalo.  For more detail, read my article, LocaCarnivore Long-term Test and Review: Buck Pro-Line Hunting Knife 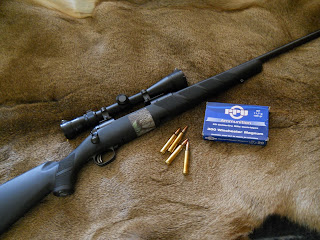 Too many hunters get brainwashed by the incessant retail cycle.  They troop like robots down to the local sporting goods store or scroll through retail websites like a research chimp at a feeder bar every time the industry tells them there’s a “sale” or something new is available.  They’re caught in a vicious cycle, not unlike an addict.

The world’s retailers may benefit from your behavior, but you can break free if you buy used equipment.  Everything from guns to hunting clothes is available on the used market.  Yes, you need to know what you’re looking at and there are seldom any warranties, but used stuff in good condition can serve you well for years.  The price is often half, or more, below new retail, and you can often negotiate with the seller.

Best places to look are on-line sale boards such as Craig’s List (they don’t have firearms), pawn shops, and secondhand clothes stores.  If you’re in the market for a gun, try the gun auction sites (you’ll need a cooperative FFL holder on your end to transfer the weapon to you).  Most gun stores have used and consignment guns.  Some major retailers such as Cabelas, allow you to browse all the used guns available in all their stores on-line.  It’s a simple matter to have the gun shipped to the store nearest you and take delivery there.  Read the review I wrote: Are Affordable Hunting Rifles Any Good? LocaCarnivore Test and Review: Savage 111 Package Rifle .

4. Use Basic Ammunition or Load Your Own 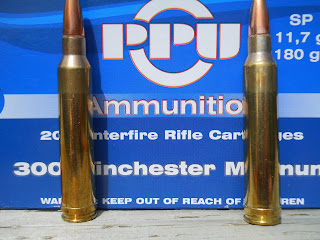 Ammunition is expensive, always has been (adjusted for inflation).  It is a significant cost for a budget challenged hunter, but there is one thing you can do to mitigate it.  Gun magazines are rife with ads for the latest and greatest super-whammy, mega bullets.  Makes sense since the ammo companies make more profit on premium ammunition than their older, plainer stuff.  Thing is, the older tech ammunition will still kill a beast quite well if you put the bullet in the proper place.  Don’t fear low cost ammo just because it’s not backed by a slick ad campaign and housed in a nifty box.  Winchester’s Power Point and Federal’s Hi-Shok, for instance, have been around since just after WW-2, and many a hunter has dropped many a critter with them.  Other low cost brands, such as PPU, are also good enough for the average hunter at average shooting ranges (inside 250 yards).  Premium rounds are indeed good, but most hunters will never notice the difference and neither will the deer or elk.  For more, read my previous article Do You Really Need a Premium Hunting Bullet? . 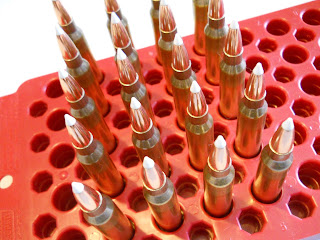 If you want to save some real money on ammo, load your own.  Reloading reduces the cost per round by half, or more, over factory produced ammunition.  There are some up front costs for the basic equipment, but it will pay you back within in a few years depending on how much you shoot.  Reloading is also fun and you can tailor loads to your specific rifle for ultimate accuracy.  If you prefer a premium bullet, you can buy them in bulk and load them yourself which is much cheaper than buying factory made.  Pro Reloading Tips You Can Use Now [Video] 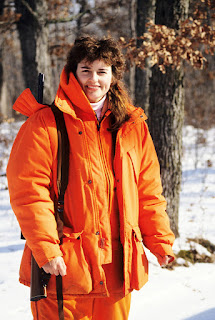 Another great way to reduce your hunting costs is to take someone else along–either a buddy or a relative who also hunts.  Two or three hunters loaded into one vehicle can all pitch in for fuel, meals, etc.  This reduces your direct out of pocket.  It’s also a terrific way to increase the fun.  The other hunter(s) can also help you dress and haul game, as well as assist in an emergency.  If you don’t have a hunting partner, bring along your spouse or kids who are old enough.  Hunting together makes for life-long family memories.

Cost just isn’t a good excuse to not hunt.  With a little effort and willingness to improvise, you can still get out there and get dinner on the hoof.  What are you waiting for?

A Woman’s Advice: Preparing for your First Hunt with Your Partner

Don’t Get Taken: Must Know Secrets to Buying Used Rifles